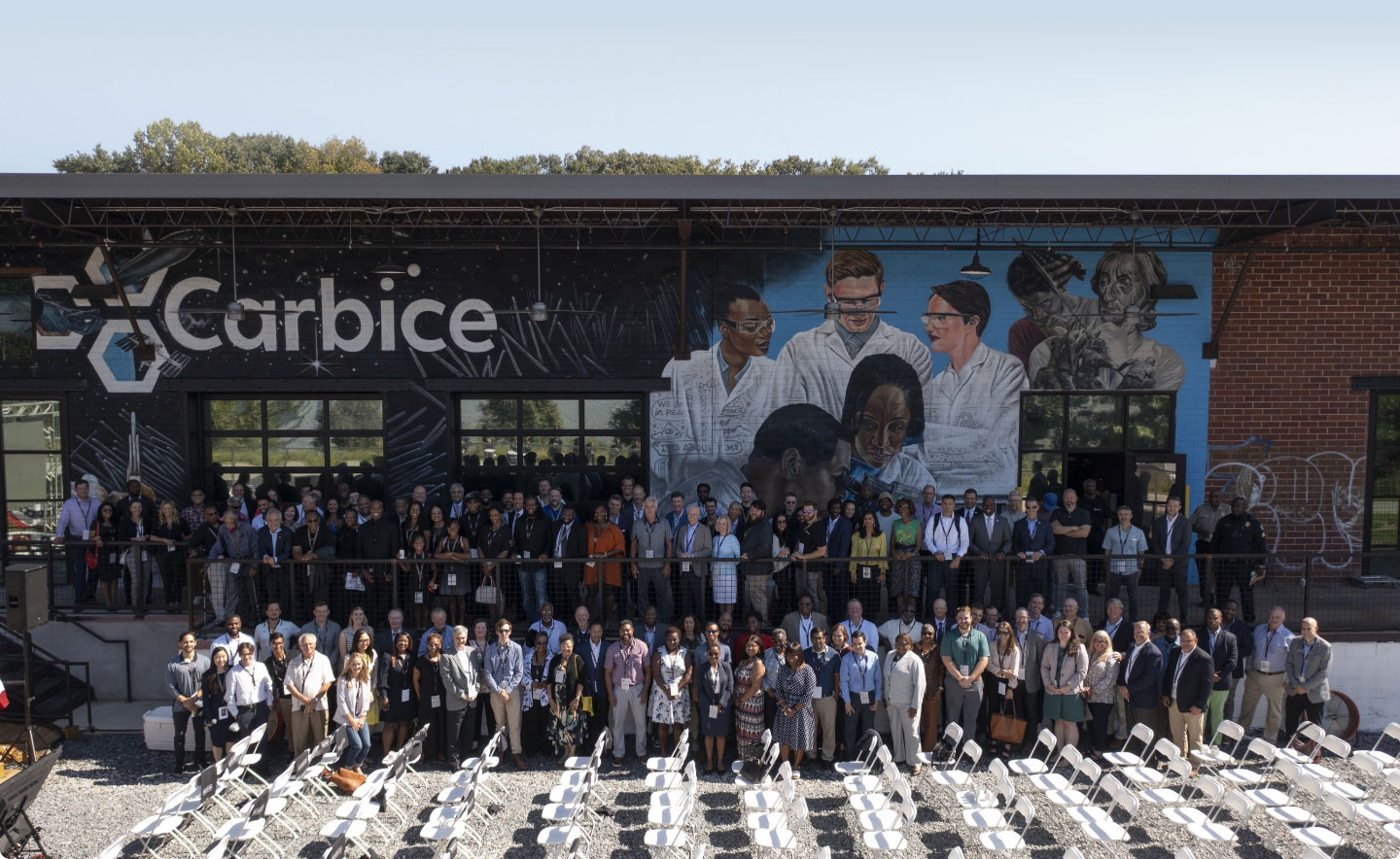 On August 31st Carbice opened the doors to its new 23,000 square foot global facility in the Historic West End neighborhood of Atlanta. A 50-foot mural curated by famed Atlanta artist, Fabian Williams, was also unveiled as a dedication to the American Culture of Innovation and to inspire young scientific pioneers of the future.

The launch event was attended by Atlanta’s most distinguished personalities who support Carbice including Lieutenant Governor of Georgia – Geoff Duncan, President of the Georgia Institute of Technology – Dr. Ángel Cabrera (and self-appointed President of the Dr. Bara Cola Fan Club), Mayor of Atlanta – Andre Dickens (who appeared by video), and Dr. Brian Blake, President of Georgia State University (in audience). Dr. Kirk Johnson, Director of the Smithsonian’s National Museum of Natural History and one of today’s most important curators of natural history was also in attendance.